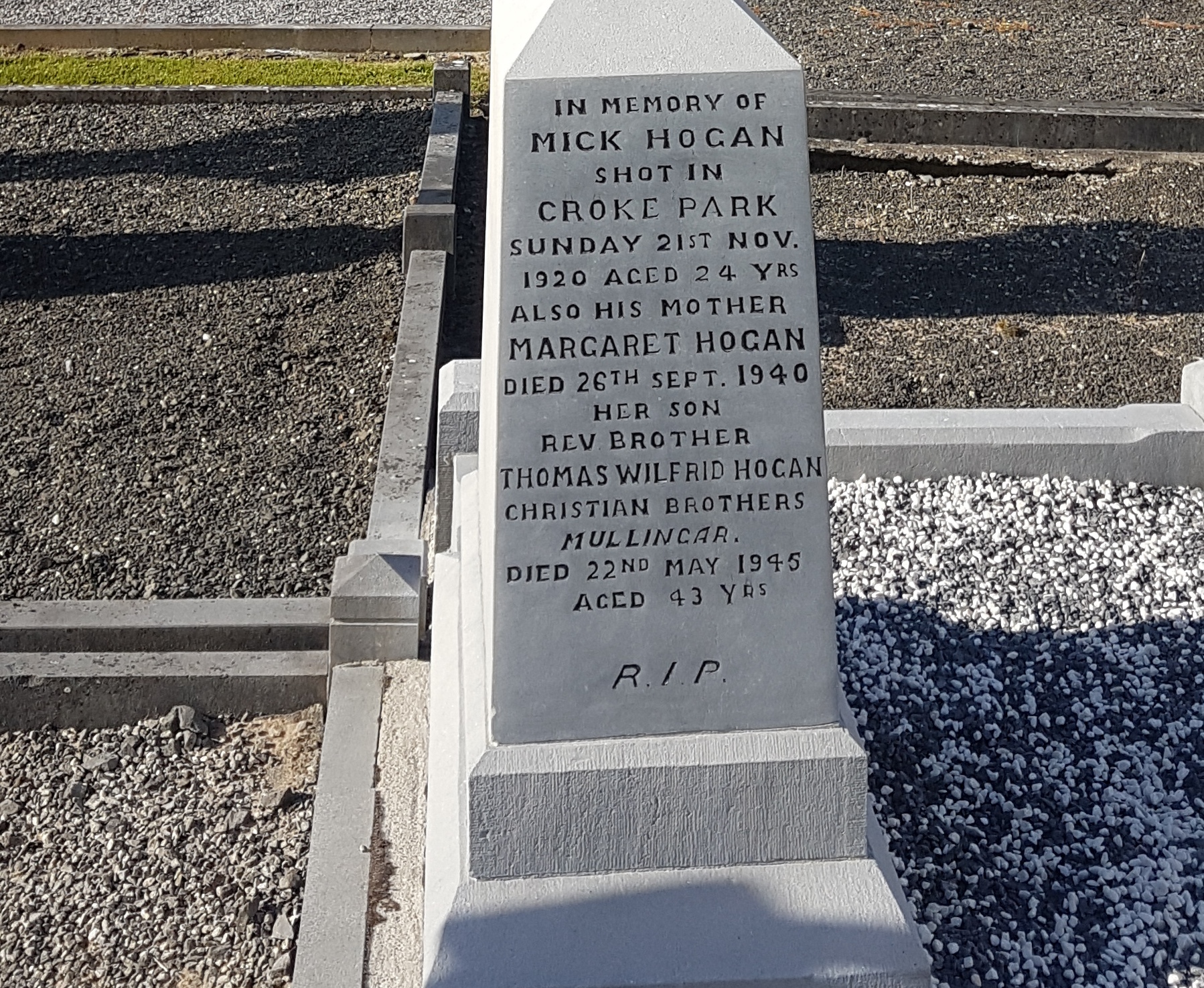 Published: about 2 months ago

On the weekend of commemoration of Bloody Sunday it is appropriate to remember that Michael Hogan, the Tipperary footballer shot in Croke Park, had a brother that had a significant impact on the development of the GAA in Mullingar and on the Mullingar clubs of the time. The arrival of Brother Wilfred Hogan to Mullingar in 1942 revolutionised the GAA in the town for a brief period. Hogan hit the town like a tornado and his impact was almost immediate. Hogan was a native of Grangemockler, county Tipperary and was aged 40 when he was transferred to the Mullingar CBS to continue his teaching career. Thomas (Tom) Hogan entered the Christian Brothers in 1915 at thirteen-years-of-age and adopted the name Wilfred. Prior to his arrival in Mullingar he had taught in Waterpark College (Waterford), Thurles, Westland Row and Fermoy. Hogan arrived in Mullingar with a reputation for the quality of his science teaching and was introduced as a man who had ‘conducted special science courses on a number of occasions in some of the country’s foremost educational institutions’.

Brother Hogan was a member of a family with impeccable nationalist and GAA credentials. His brother Dan was a Monaghan based engineer and surveyor and played senior football for Monaghan. He played an active role in the War of Independence and by the time of the truce was in command of the 5th Northern Division of the IRA. He supported the Anglo-Irish Treaty and was the one who raised the Tricolour in Dublin Castle during the formal handover from British rule. In 1927 Dan Hogan succeeded General Peader McMahon as Chief of Staff of the Irish Army before he resigned from the army in 1929 after a row with the Minister for Defence regarding soldiers' pay and conditions and emigrated to the USA. He lived in New York for a decade before he returned to Ireland for some months in 1939 before going back to the USA and lived in Chicago where he disappeared in 1941. For a time, he used the address of Brother Wilfred c/o Westland Row CBS for his IRA pension. Michael Hogan was captain of the Tipperary team and also captain of the Grangemockler company of the IRA. He was one of two IRA men on the Tipperary team that played in Croke Park, the other being Tommy Ryan. Michael Hogan was shot in the back near what is now Hill 16 on the infamous day. In 1924, the newly-built stand in Croke Park was named after him. The fourth Hogan brother Patrick remained on the family farm in Grangemockler; three daughters completed the family of Patrick and Margaret Hogan.

Brother Wilfred Hogan was a colourful character who liked to patrol the sidelines dressed in his trademark long coat shouting encouragement to his teams to move the ball at speed as he chain smoked his way through matches. ‘Go tapaidh, go tapaidh’ was his favoured battle cry. Brother Hogan began to promote the GAA with a vengeance as soon as he established his bearings in town and realised the impoverished state of the organisation in Mullingar. Hurling and football street leagues were organised for adults, minors and schoolboys and these provided those who wished to play hurling and football in the town with a programme of games that were locally meaningful, regular in organisation and competitive. Those who weren’t anxious to play were also ‘encouraged’ to experiment with the games. Regular newspaper publicity added to the status of the street leagues and games played by the Mullingar hurling and football clubs were also spotlighted. Gaelic games in Mullingar were given a newspaper profile and a presence on the ground of unprecedented proportions. Young players might not have had their names in lights but at least they were in the local newspaper and for the times that was enough to enhance a young man’s status. The chief vehicle for this publicity was a weekly column in the Westmeath Examiner entitled ‘With the Gaels of Mullingar’. Adult players from Mullingar who were attached to rural clubs were encouraged to return to the Mullingar club and during his time in town senior hurling and football teams were fielded as well as teams in the lower grades. The senior hurling title was captured in 1944 when Ringtown were beaten 7-4 to 4-1. On 27 August 1944 Mullingar GAA Club failed in their attempt to land the double when Kinnegad captured the title when Tommy Lynch kicked a last minute penalty wide! It was claimed that sods were thrown at Lynch as he made his run to take the kick and a subsequent objection was lost.

Unfortunately this was Brother Hogan's association with an important club match. Brother Hogan died in a Dublin nursing home on Tuesday 22 May 1945. His loss to the Mullingar GAA was inestimable. As the club notes recorded

The town and county had lost a great Gael, one of the most popular and energetic workers ever connected with the GAA in Mullingar and Westmeath. The Mullingar Club has lost the ablest Chairman it has known in its long history and our members and players, one and all, have lost a sincere friend.