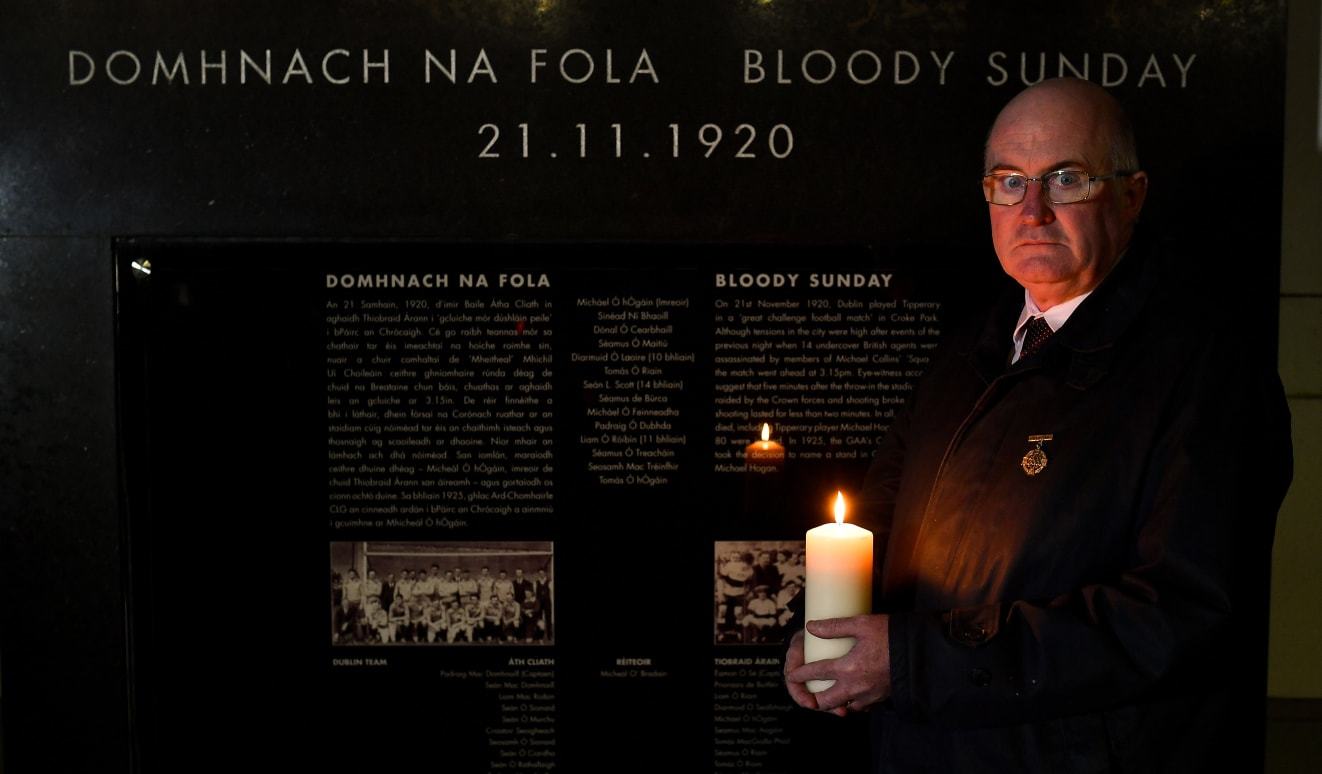 GAA President, John Horan, has called on the Association’s membership to light a candle this Saturday, November 21, in memory of the 14 people who were killed on Bloody Sunday in Croke Park in 1920 by British Forces.

“What we would like is that the GAA membership throughout the country in memory of these people that were actually shot that day would light a candle in their own individual homes next Saturday evening as a memory in their family of those who were lost on that particular day,” Horan told RTE Radio 1’s Morning Ireland programme.

“I think that would get us all together as a GAA family to put our minds to what actually happened 100 years ago on the 21st of November."

A 100-year anniversary remembrance ceremony for the victims of Bloody Sunday will take place in Croke Park on Saturday and will be broadcast live on the RTE news and RTE Radio 1 at 6.05pm.

“On that occasion we'll be laying wreaths in Croke Park at the site where Michael Hogan was shot and we'll also be lighting 14 torches on Hill 16 to remember the 14 individuals (who were killed) because we're trying to portray an image of 14 people, not a statistic, but 14 individuals across a range of schoolboys, a girl who was due to get married, fathers, brothers," said Horan.

"Everyone of us, I'm quite sure, who have gone to sporting occasions can relate to this in a great way in the context of they went to a game but those 14 individuals never came home.

“We have been conscious that we would celebrate this occasion in a proper manner. What we've been doing is we engaged with the families early on throughout the process and we had relatives of those victims in Croke Park earlier in the year.

“And we also engaged in a project of marking the resting place of the individuals concerned by putting headstones on seven of the graves with the families in Glasnevin Cemetery over the last number of years.

“So it's about making the individual stories of these 14 people very much the centre of what we're trying to do.

“It's been driven by Michael Foley who did a huge amount of research for our history committee."

Journalist Michael Foley, author of The Bloodied Field, said the GAA's relationship with Bloody Sunday is complex and the story got diluted down to Michael Hogan and the Hogan Stand.

He said that in the immediate aftermath the GAA didn't know how to handle the trauma of what had happened.

There was a part that said we need to push forward or we may not survive this period, he said.

Over the years families of the victims were left behind.

He added that the process has been cathartic for the GAA and for the families it has helped healing.

On Sunday Tipperary will play Cork in the Munster football final when its players will swap their traditional blue and gold jersey for the green and white worn by the county in 1920.